In a city like New York, it's fun to explore unfamiliar neighborhoods but it isn't always clear where to go. This app was designed to recommend the best places to wander to find a place to eat or drink. It color codes every block in the city according its density of nightlife.

The restaurant listings originate with NYC's restaurant inspections database, which lists every licensed restaurant in the city by cuisine and street address.

Two geospatial databases are used to power this app. One runs on the web server to return restaurant listings located around a user's GPS coordinates. A second one runs offline to generate the tiles for the basemap at different zoom levels. The latter uses a speciality geocoder to encode restaurants to their unique street segment.

The features in the map are derived from high-precision open data from the City of New York. The map changes its styling based on the zoom level to balance clarity against clutter.

The app was featured on page two of the New York Post and by WNYC radio following its entry into hackathons sponsored by the City of New York and it's transit operator, the MTA. The responsive web app originally launched under the name Fresh Gotham. 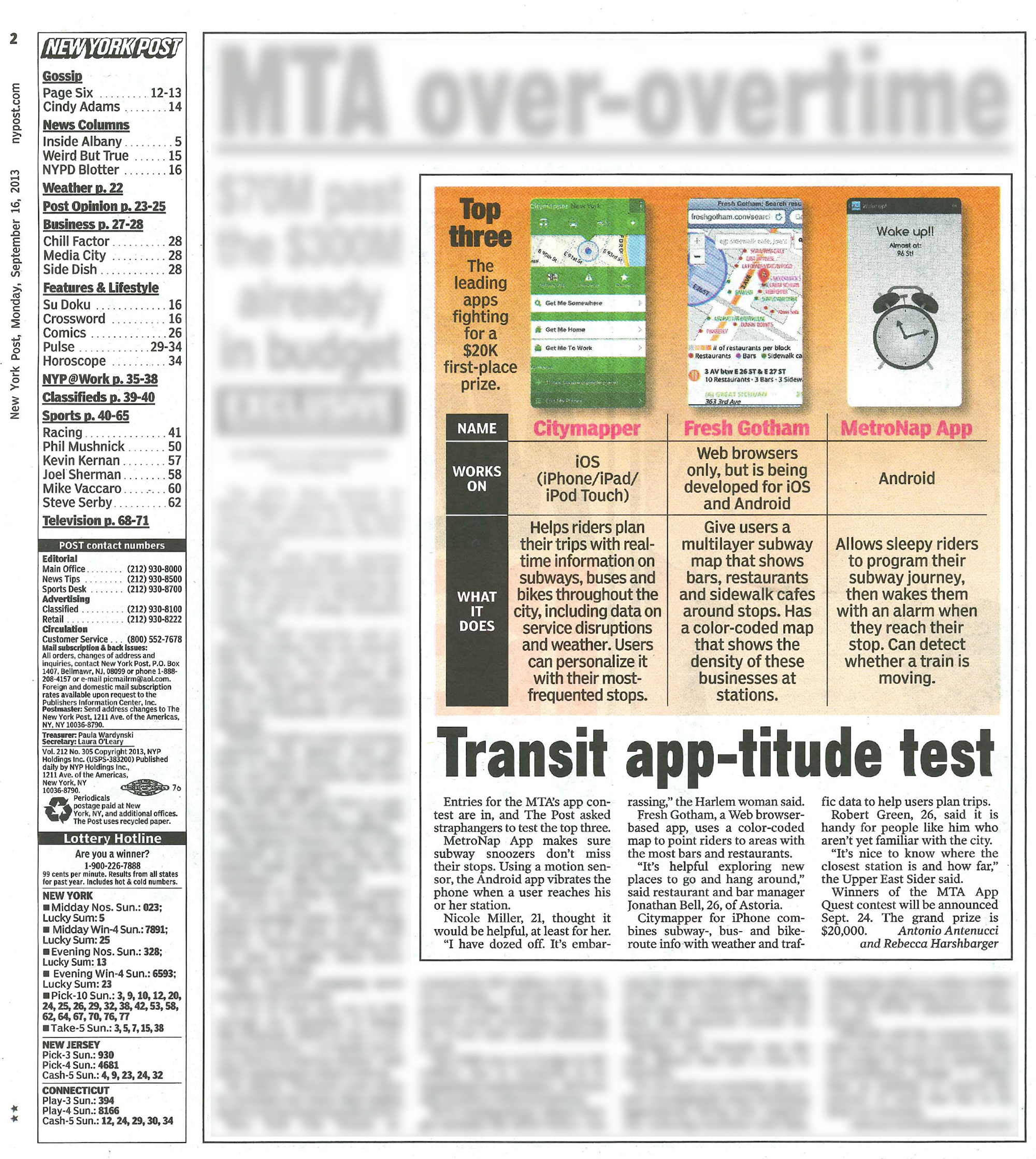