Like many coastal cities, New York is vulnerable to sea level rise and also hurricanes. This app was built to illustrate the risks to the city under various sea level flooding scenarios. It showed the buildings affected and their property values.

To build the flooding scenarios, building footprints downloaded from the City of New York were intersected with federal sea level models using geospatial software (ESRI ArcGIS). The buildings that were identified at risk of flooding were merged with the city's property value database to estimate financial losses. The final product was uploaded to Carto, an online spatial analysis platform, for live exploration.

The project was built in collaboration with designer Madelena Mak who helped create the front-end user experience. It won $1,500 in Expedition Hacks: a climate change hackathon sponsored by the National Geospatial Intelligence Agency. 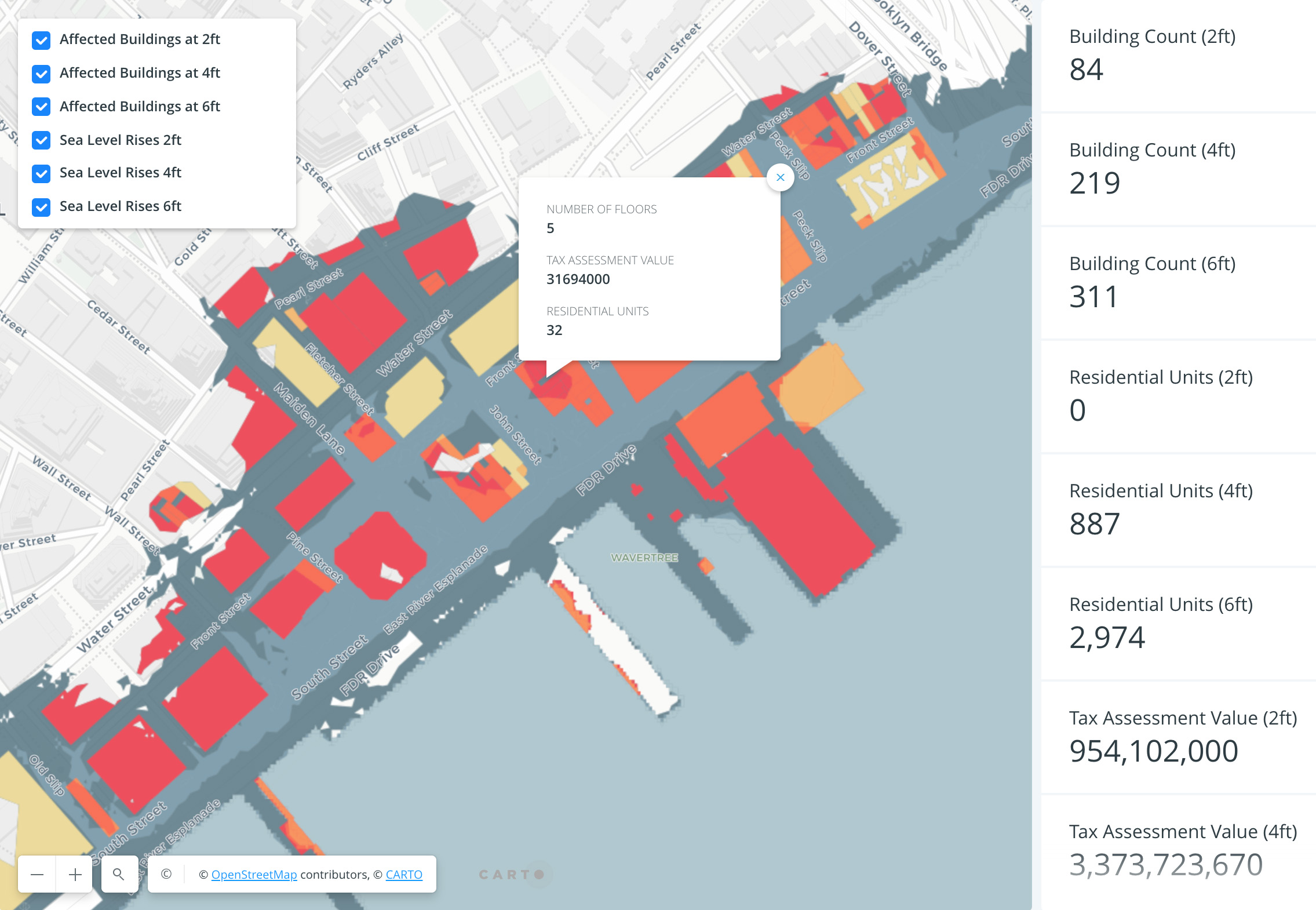